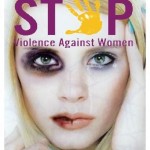 Usually in this blog I write about “women’s stuff” like cooking, cleaning, home decorating and fashion. But this post is going to be on a different, serious topic. I’m going to write about a big “women’s problem” – violence against women and sexual harassment. Because, as a woman, I can not stay passive after this huge tragedy happened 2 days ago…

I’m pretty sure you’ve seen the hashtag #YesaAllWomen. If you don’t know what it’s about, I’m going to tell you. The hashtag is a powerful reaction of a mass murder that happened in Santa Barbara, California, on Saturday. A 22-years old boy, named Elliot Rodger, killed 6 people and injured 7 more. After that he killed himself. The reason why he did this is because he felt neglected by women. No one wanted to date him and he was a virgin. In a video he played a few days before the crime, he explained how awesome he is and he couldn’t understand why women don’t want to date him.

In the video he said: “I feel so invisible as I walk through my college. Your revealing shorts, your cascading blonde hair, your pretty faces. I want one for a girlfriend… I am polite. I am the ultimate gentleman. And yet, you girls never give me a chance. I don’t know why.” and also: “For the last eight years of my life, since I hit puberty, I’ve been forced to endure an existence of loneliness, rejection and unfulfilled desires, all because girls have never been attracted to me. Girls gave their affection and sex and love to other men, never to me.”

Rogder felt miserable because women rejected him, that’s obvious. But that’s not a reason to blame girls that didn’t date him about the mass murder. Every girl has the right to choose the man she wants to date and to say “no” to everyone she doesn’t feel attracted to.

So, #YesAllWomen is a reaction on Twitter of all the people that blame the women that didn’t want to date Rodger for the terrible crime he committed. Actually, the tweets are going further. In posts with this hashtag women around the world are saying “no” to any kind of violence against them and prejudices that hold them down. Some of them are telling about their personal experience – domestic violence, sexual harassment and so on. The hashtag is a women’s rebellion against all the stereotypes.

As an answer some men started posting with the hashtag #notallmen – they are telling that not all men are treating women badly and there are still gentlemen.

So, here are the most powerful #YesAllWomen tweets. Some of them are written by men!

‘The abuse of women and girls is the most pervasive & unaddressed human violation on earth’ #YesAllWomen #JimmyCarter pic.twitter.com/yNvdR2S1kn

Boys laugh at what they put girls through but they won’t be laughing when they’re wiping tears off their daughters face. #YesAllWomen — Beth (@MBeautyObssion) May 26, 2014

Because I hesitated to use this hashtag in case male prospective employers see my post and label me ‘difficult’. #yesallwomen — Katy Scott (@katyinoz) May 26, 2014

#YesAllWomen because some men legitimately believe the only reason a woman would resist rape is that she must be a lesbian — MRA BANISHER (@map_keeper) May 26, 2014

#YesAllWomen because, as a man, I have never been harassed on the street, but my female friends are harassed on a daily basis.

#yesallwomen because I really shouldn’t have to carry my keys in between my knuckles while walking home from the bus stop.

#YesAllWomen because it’s 2014 and men continue to shoot girls and throw acid on them because they don’t want them to go to school — Soraya Chemaly (@schemaly) May 26, 2014

Because this society teaches girls how to not get raped instead of teaching our boys not to rape. #YesAllWomen — Molly Morrison (@mollyhannahm) May 26, 2014

#YesAllWomen when a 16 year old girl was raped and assaulted by 2 boys, the media pitied the “bright young boys” and their “ruined future” — (@nialljameshoran) May 26, 2014

#YesAllWomen is the most important hashtag I’ve ever seen. pic.twitter.com/9bHuiEkgeX

I’ve had offensive sexual comments yelled at me, groping w/o my consent, and lost my job over male employer sexual harassment. #YesAllWomen — Anne Wheaton (@AnneWheaton) May 26, 2014

#YesAllWomen because we live in such a sad world that a hashtag has to be created for sexual harassment to be taken seriously.

And here are some #notallmen tweets:

#notallmen are aggressors. Thankful for the ones that help us. A total stranger once pretended to be my husband to rescue me.

Hey, #notallmen? A knee-jerk reflex to defend yourself is a pretty clear sign of a guilty conscience. — Matt Baldwin (@thisbrokenwheel) May 26, 2014

If your reaction to #YesAllWomen is #NotAllMen then you should take a long, hard look at yourself. You’re part of the problem.

When I was 18, I had a female sexually harass me daily at work. I blamed her, not “the culture.” #notallmen Yeah. I’m taking that tag back. — THE AMAZING ATHEIST (@amazingatheist) May 25, 2014

#notallmen treat women badly, but #YesAllWomen have been treated badly by men.

If you you’re a man who thinks the #YesAllWomen thread is just a cry for ATTN, you are living in denial and part of the problem. #notallmen — Daniel Wallen (@TheWallenWay) May 25, 2014